I’ve been pondering lately how the Kingdom of God is upside-down.  I suppose that is just from our perspective, really it is right-side-up and we are upside down.   It is a kingdom where the first are last and the last are first, it is a kingdom where the poor are blessed because it belongs to them.  A kingdom whose citizens, when struck on one cheek, offer the other in return, beyond that they love their enemies and pray for those who persecute them.

It is a kingdom where the powerful are to be vulnerable and servants to all.  where you must lose your life to gain it.  It is a kingdom where the shepherd will leave behind the 99 sheep in-hand to search for the one lost sheep.  It is where a widow will scour her house for a missing penny and then rejoice at it’s finding and invite her friends to a party.  You may say “that doesn’t even make sense”, but of course it doesn’t, it is upside down.

And ultimately it is a kingdom ruled by a servant God-king who laid aside his glory to enter into his creation as a poverty stricken servant, born in a barn, wrapped in rags, laid in a manger.  He became king not through conquest, but by surrender and his very coronation involved his own torture and death, where his throne was a cross and his crown was made of thorns.

In Christ, theology and anthropology meet. Up until Christ, theology had been understood through the lens of anthropology. God, quite often, reflected men; but through Christ, God was clarified. In Jesus, we have the fullest understanding of God, and the rest of scripture should be interpreted through the lens of Jesus. END_OF_DOCUMENT_TOKEN_TO_BE_REPLACED 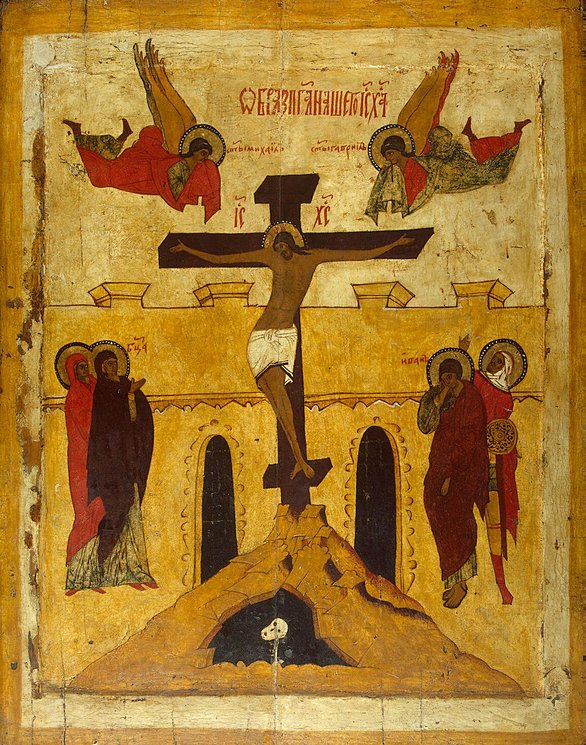 The question makes me think of someone asking me “how do you love your wife?”  Well, I can’t answer that in a simple statement, or even in logical terms at all.  We have poetry to help us understand questions like this and you can see it most in what I do and how I treat her.

The same can be said for the question “What did Jesus do on the cross?”.  It can’t be adequately described or understood in words.  Not that we shouldn’t try, but ultimately all the doctrinal statements to describe what Jesus did, while they may be true, although I would disagree with some of the common statements, they fall short, and not just a little short.  They fall short by lightyears.  Just like saying I love your mother a lot falls short of describing our bond. END_OF_DOCUMENT_TOKEN_TO_BE_REPLACED